Most of my nonfiction writing concerns New Orleans and since my intent is that it contribute to a local conversation, I publish it within New Orleans. Characterizing or "explaining" New Orleans to the world outside New Orleans is neither a role I seek nor a purpose towards which I'm eager to turn my writing.

To the degree anyone gives a shit, the publication people most associate me with is New Orleans' indefatigable punk monthly, Antigravity Magazine. I've written for Antigravity for nearly a decade, doing interviews, music reviews, food writing, and many cover stories. There's a big archive. I've also contributed a quantity of polemical analysis. Below are some recent AG contributions & a couple older ones. 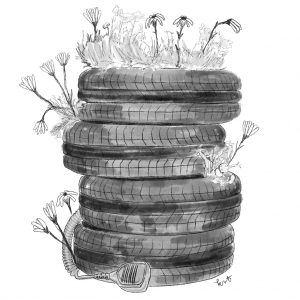 A New Orleans Without Police

I talked to a bunch of New Orleanians about police abolition. I strived here to sound "objective," despite how much I despise cops. 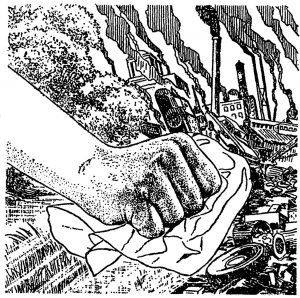 This did big numbers on social media. My thoughts on work (I'm against it) and the implications of local efforts to resume 'normality' under the pandemic. 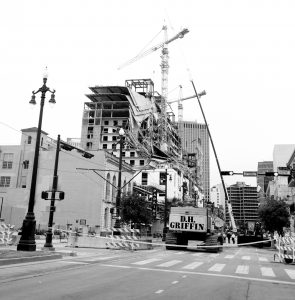 New Orleans gets fucked over often, but rarely as sensationally as it's been by the Hard Rock Hotel. I dug into the many malefactors behind this deadly piece of business as usual. My exploration of whether or not Cajuns are white, how they came to be considered so and what that's meant politically. 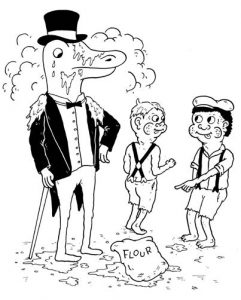 Farewell to the Flesh: Notes on a Cybernetic Carnival

Far-out power analysis of Mardi Gras. Has been reprinted a few places... also inspired some local troublemakers to resurrect the practice of flourbombing. 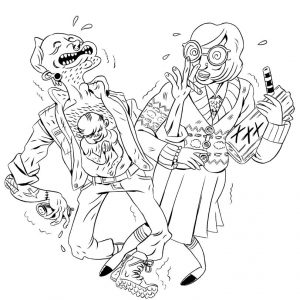 Don't Be a Ghost on Halloween

Halloween is for the kids! This article reliably re-erupts across New Orleans Facebook every autumn, motivating and/or upsetting new people each year. A cozy vintage Jules Bentley chestnut.

I've also written for years for our local weekly, The Gambit. Below are a few of the cover stories I've done: On Bourbon: The street locals love to hate Let Us Spray: An interview with READ and You Go Girl

A rollicking, readership-riling conversation with two of the city's biggest graffiti artists. A Crescent in the Clouds

Far more entertaining that the subject matter might indicate: my thoughts on vaping and the subculture. Being sober is difficult anywhere, but in New Orleans it's xxxtra hard. Please don't invalidate my lived experience.

My work often inspires reader feedback. "Sober in New Orleans" distinguished itself by provoking not one but two rounds. Glug glug, darlings! Although their new parent company's new website makes finding things tedious, I've written dozens of other, smaller pieces for The Gambit, including many articles about pro wrestling and interviews focusing on offbeat cultural matters.

I wrote an October 2020 piece on a restaurant's wildcat strike for the New Orleans subdomain of Vox property Eater:

Just pre-pandemic I wrote about historical precedents for and possible repercussions from an unusually deadly Carnival season for The Lens, a local nonprofit news site: